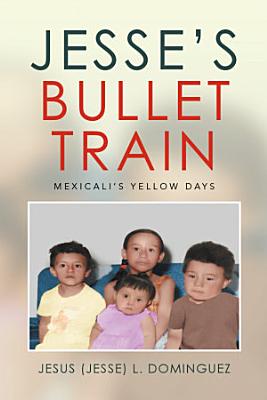 This book is about the amazing story of a US citizen who had to go to Mexico at age four (in the spring of 1958) due to family deportation from the USA and had to tough out extreme poverty; imagine being a partially blind child and having to attend grammar school in Mexico with no special help. He describes how he worked as a child selling vegetables; then, at age thirteen, his father dies, and he had to drop out of school to help the family survive. Together with his two younger brothers, he went to sell chocolate candy and gum in the streets of downtown Mexicali (a border town in the hot desert of Northwest Mexico (Baja California) until he had a chance to go to work in the USA, where he returned as a teenager in 1968, and went to work in farm labor to help his family in Mexico survive. He had to circumvent US child labor laws. Consequently, he had to face culture shock straight on. The Vietnam War was at its worst for US troops. The reappearance of racial conflicts in the USA was bad; black power, chicano power, and white power were common terms; the hippie movement was booming, and Martin L. Kings and Robert Kennedys assassination had just happened. The drug culture in the USA was thriving; antiwar demonstrations and riots were a common occurrence; Richard Nixon was coming into power; and the Apollo moon project was making headlines. In this narrative, he shares coping techniques for dealing with stress, hopelessness, and adversity. He suggests that, by connecting with people, he achieved personal success and shares his experiences in seeking mentors, joining events, meeting change agents (community workers, social workers, teachers, and counselors)and joining social movements. Jesse joined student organizations and the independent living movement and learned how to create opportunities that helped him rise from extreme poverty in a Northwest city of Mexico (Mexicali) to being a middle-class citizen in the USA (California) simply by following his mentors leads, by accepting peoples help, and by facing adversity straight on. This is a US citizen who brought back Mexican cultural values and applied them in his work as a vocational rehabilitation counselor in the USA. A very effective counselor, his mission in life is to help others in similar circumstances to succeed, to help family persevere, to say no to drugs or other bad influences, and to encourage others to carry on until the end of the fast train trip. Thats his philosophy of life. Here he shares a few examples of his counseling work, in hopes that these experiences and advice will help more people in similar circumstances to become achievers, not social welfaredependent individuals.

Authors: Jesus (Jesse) L. Dominguez
Categories: Biography & Autobiography
This book is about the amazing story of a US citizen who had to go to Mexico at age four (in the spring of 1958) due to family deportation from the USA and had

Rules for the Government of the Transportation Department

Plagues in the Nation

Authors: Polly J. Price
Categories: Law
An expert legal review of the US government’s response to epidemics through history—with larger conclusions about COVID-19, and reforms needed for the next