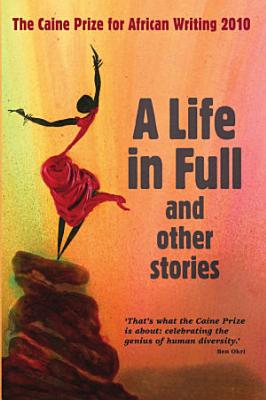 Now in its eleventh successful year, the Caine Prize for African Writing is Africa's leading literary prize, awarded to a short story by an African writer, published in English, whether in Africa or elsewhere. This edition collects the five 2010 shortlisted stories, along with stories written at the Caine Prize Writers' Workshop taking place in Spring 2010. The collection will be released to coincide with the announcement of this year's shortlist. The impressive line-up of writers from previous years includes Chimamanda Ngozi Adichie and Brian Chikwava.

The Socrates Method and Other Contemporary Short Stories

Authors: Rupashree Rangaiyengar
Categories: Fiction
Take everything you know about an Indian woman and then throw it away. The women portrayed here are feisty, brave, ambitious and challenge the existing norms. Y

A Life in Full and Other Stories

The Caine Prize for African Writing 2016

Authors:
Categories: Fiction
A collection that brings together the five 2016 shortlisted stories, along with stories written at the Caine Prize Writers’ Workshop, which took place April 2

Journal of the Association for Research on Mothering

Lost in the Museum

Authors: Nancy Moses
Categories: Business & Economics
Few beyond the insider realize that museums own millions of objects the public never sees. In Lost in the Museum, Nancy Moses takes the reader behind the Oemplo

Authors: Lois McMaster Bujold
Categories: Fiction
Spring in Vorbarr Sultana sends its inhabitants looking for love, which too often proves to be unrequited.