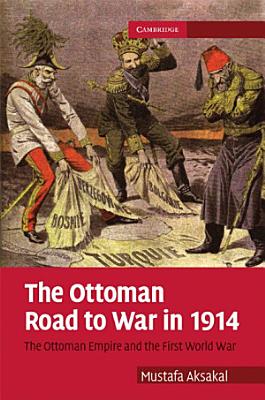 Why did the Ottoman Empire enter the First World War in late October 1914, months after the war's devastations had become clear? Were its leaders 'simple-minded,' 'below-average' individuals, as the doyen of Turkish diplomatic history has argued? Or, as others have claimed, did the Ottomans enter the war because War Minister Enver Pasha, dictating Ottoman decisions, was in thrall to the Germans and to his own expansionist dreams? Based on previously untapped Ottoman and European sources, Mustafa Aksakal's dramatic study challenges this consensus. It demonstrates that responsibility went far beyond Enver, that the road to war was paved by the demands of a politically interested public, and that the Ottoman leadership sought the German alliance as the only way out of a web of international threats and domestic insecurities, opting for an escape whose catastrophic consequences for the empire and seismic impact on the Middle East are felt even today.

Authors: Mustafa Aksakal
Categories: History
Why did the Ottoman Empire enter the First World War in late October 1914, months after the war's devastations had become clear? Were its leaders 'simple-minded

Authors: Clive Ponting
Categories: History
At the end of WWI, Germany was demonised. The Treaty of Versailles contained a 'war guilt' clause pinning the blame on the aggression of Germany and accusing he

The War That Ended Peace

Authors: Margaret MacMillan
Categories: Political Science
NAMED ONE OF THE BEST BOOKS OF THE YEAR BY The New York Times Book Review • The Economist • The Christian Science Monitor • Bloomberg Businessweek • The

World War I and the End of the Ottomans

Authors: Hans-Lukas Kieser
Categories: History
With the end of the First World War, the centuries-old social fabric of the Ottoman world an entangled space of religious co-existence throughout the Balkans an

The Russian Origins of the First World War

Authors: Sean McMeekin
Categories: History
In a major reinterpretation, Sean McMeekin rejects the standard notion of the war’s beginning as either a Germano-Austrian pre-emptive strike or a miscalculat

Authors: Nicholas Doumanis
Categories: History
It is common for survivors of ethnic cleansing and even genocide to speak nostalgically about earlier times of intercommunal harmony and brotherhood. After bein

Collective Trauma and the Armenian Genocide

Authors: Gerhard Grüßhaber
Categories: History
The study focuses on the mutual transfer of military knowledge between the German and the Ottoman/ Turkish army between the 1908 Young Turk revolution and the d

"They Can Live in the Desert but Nowhere Else"

Authors: Ronald Grigor Suny
Categories: History
Starting in early 1915, the Ottoman Turks began deporting and killing hundreds of thousands of Armenians in the first major genocide of the twentieth century. B