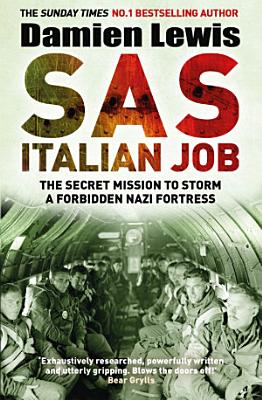 Praise for Sunday Times No.1 bestselling author Damien Lewis' SAS mission series: 'One of the great untold stories of WWII' - Bear Grylls on SAS Ghost Patrol 'The untold story' - Daily Mail on SAS Nazi Hunters 'A tale of bravery against desperate odds' - Sunday Times on Churchill's Secret Warriors 'True adventures laced with staggering bravery and sacrifice' - Sun on Hunting the Nazi Bomb An impossible mission in wartime Italy: the next explosive bestseller from Damien Lewis. In the hard-fought winter of 1944 the Allies advanced northwards through Italy, but stalled on the fearsome mountainous defences of the Gothic Line. Two men were parachuted in, in an effort to break the deadlock. Their mission: to penetrate deep into enemy territory and lay waste to the Germans' impregnable headquarters. At the eleventh hour mission commanders radioed for David 'The Mad Piper' Kilpatrick to be flown in, resplendent in his tartan kilt. They wanted this fearless war hero to lead the assault, piping Highland Laddie as he went - so leaving an indelible British signature to deter Nazi reprisals. As the column of raiders formed up, there was shocking news. High command radioed through an order to stand down, having assessed the chances of success at little more than zero. But in defiance of orders, and come hell or high-water, they were going in. Damien Lewis's new bestseller tells the incredible story.

Authors: Damien Lewis
Categories: History
SAS Great Escapes tells the story of seven of the most dramatic and daring escapes executed during WWII by what is arguably the world's most famous military fig

Authors: Damien Lewis
Categories: History
'Riveting. Extraordinary. A real-life thriller.' Dan Snow 'Truly revelatory. The SAS at their very finest in WWII, and after, hunting down the Nazi war criminal

Authors: Gavin Mortimer
Categories: History
The SAS, the world's most famous special operations unit, made its name in the desert of North Africa, shooting up Axis airfields from specially modified Willys

The Flame of Resistance

Authors: Damien Lewis
Categories: True Crime
'I have always been fascinated by that charismatic hero of the Resistance, Josephine Baker, but it turns out I didn't know the half of it. Lewis' story-telling

Authors: Malcolm Tudor
Categories: History
This is the story of Britain's elite special force in Italy during the Second World War. In the summer of 1943 the SAS came out of Africa to carry the fight to

Authors: Damien Lewis
Categories: History
'An incredible story, and so well told' Bear Grylls 'A must read. Honesty, integrity and real experience that puts you in the thick of the action.' Billy Billin