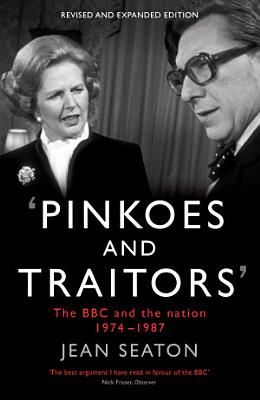 This compelling account of a turbulent period in the history of the BBC opens at a time of national decline under the Labour governments of Harold Wilson and James Callaghan, and ends during Margaret Thatcher's iconoclastic Conservative premiership. The intervening years saw mass unemployment, trade union strikes and war in Northern Ireland and the Falklands - as well as legendary BBC programmes such as Live Aid, Fawlty Towers and Dad's Army, The Singing Detective and Tinker Tailor Soldier Spy, and David Attenborough's Life on Earth. Comprehensively revised and expanded for this new edition, Jean Seaton's perceptive study presents an absorbing analysis of an institution that both reflects Britain and has helped to define it.