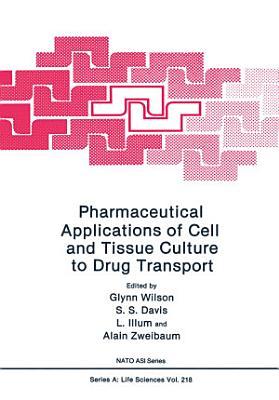 In recent years there have been rapid advances in the growth and differentiation of mammalian cells in culture. This has led to increasing use of such in vitro systems in a wide variety of studies on fundamental aspects of cell structure and function, including normal growth and metabolism, mechanisms of differentiation and oncogenesis, mechanisms of protein and membrane synthesis and cell polarity. Recent advances in our ability to grow cells, including human cells, on permeable supports, to generate confluent cellular barriers with the morphological polarity corresponding to their in vivo counterparts has greatly facilitated such studies. In particular these new techniques have led to an increasing interest in the use of cell and tissue culture systems as a means for examining the transport of drugs across epithelial and endothelial barriers. An obvious question is whether these new in vitro methodologies will provide convenient systems that can substitute for and replace animal models. Various research groups both in academia and in the pharmaceutical industry have been investigating these types of methodologies in order to develop convenient well characterized systems that can be used to examine basic aspects of transcellular transport and to evaluate the permeability of drug molecules and delivery systems. Of particular note is use of confluent cell layers to study the transport of large molecules such as peptides and proteins produced through recombinant DNA technology.