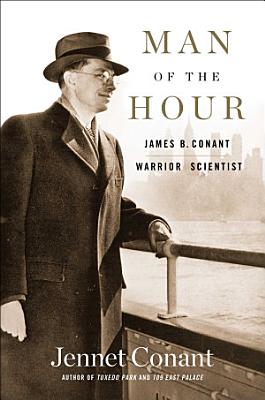 "James B. Conant was a towering figure who stood at the center of the great crises and challenges of the twentieth century. He set an extraordinary example of public service without ever holding elected office. A member of the greatest generation, there was probably no one who made a larger mark in more areas of American life, shaping national policy as a scientist, nuclear pioneer, Cold War statesman, diplomat, and educational reformer for nearly fifty years. As a brilliant young chemist, he supervised the production of poison gas in WWI. As the Nazi threat loomed, he boldly led the interventionist cause in WWII and was tapped by President Franklin D. Roosevelt to be one of the scientific chiefs at the helm of the Manhattan Project, personally overseeing the massive secret effort to develop the atomic bomb and making the fateful recommendation to drop it on Hiroshima to bring the war to a quick and decisive end. He went on to become one of America's first cold warriors, led the bitter fight to reject the hydrogen bomb, and campaigned tirelessly for the international control of atomic weapons. He continued to exert his influence as President Eisenhower's high commissioner, and then ambassador, to Germany, helping to secure the country's future and strengthen Europe's defenses against Soviet aggression. He achieved national prominence in his twenty-year reign as president of Harvard--the very symbol of the intellectual and social elite--and yet was a champion of meritocracy and open admissions, helping to create the SAT and devoting his later life to improving public schools as the "engine of democracy." Even as he worked to safeguard the American way of life, he feared the nuclear force he helped harness was so dangerous it could lead to the extinction of mankind. In this intimate account of his extraordinary life, his granddaughter, ... bestselling author Jennet Conant, draws on hundreds of documents, diaries, and letters to reveal the agonizing decisions he was forced to make while serving his country in three wars--two hot, and one cold--and the burden of guilt he bore for his actions and for always putting duty before everything else. For all his brilliance, he never understood the depression that ravaged his family but struggled to keep his wife from succumbing, in the process alienating both his sons. With Man of the Hour, Jennet Conant paints a rich, nuanced portrait of a great American leader and visionary, the last of a vanishing breed."--Jacket.

Man of the Hour

Authors: Jennet Conant
Categories: Biography & Autobiography
"James B. Conant was a towering figure who stood at the center of the great crises and challenges of the twentieth century. He set an extraordinary example of p

The Man of the Hour

The Man of the Hour

Authors: Diana Palmer
Categories: Fiction
NIGHT OF LOVE: To save her struggling dance company, Meg must accept an unthinkable offer from the man she thought betrayed her long ago. But will it cost her m

The Hour and the Man

The Woman and the Hour

The General and the Jaguar

Bulletin of the United States Bureau of Labor Statistics