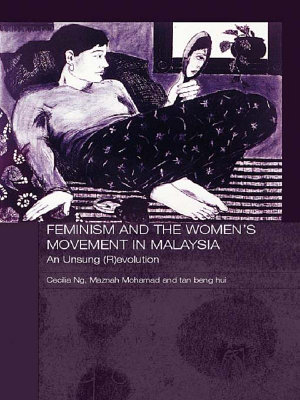 Combining both personal and academic insights into the Malaysian women’s movement, this study provides an in-depth account of the multiple struggles of the Malaysian women’s movement, from securing gender equality in a patriarchal society to achieving unity among members of a multi-ethnic society that are further divided along class and religious lines. Most historical versions of national struggles have created icons out of male figures. The authors of this book have provided a corrective to this. They detail the importance of the role of the women’s movement, led by numerous unsung personalities in promoting social change in Malaysia. The book centres on a crucial argument: that in the context of an ethnically fragmented post-colonial, authoritarian society, an autonomous woman movement, which began in the early eighties had actually achieved significant political success. However the study observes that by the late 1990s, feminist issues were also readily appropriated by the state and the market, and also suggests that the emergence of ‘market feminism’ poses specific challenges for the future of the Malaysian women’s movement. This thorough and engaging account of feminism and the women’s movement in Malaysia will capture the interest of scholars, policy makers and activists.