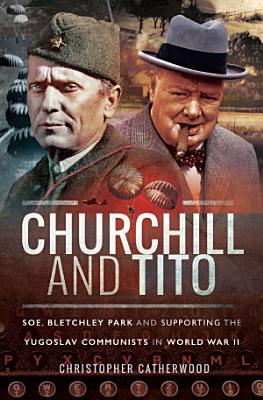 The true story of Winston Churchill’s fateful decision to side with the Communist Partisans of Yugoslavia in World War II—and seal that nation’s fate. One of Winston Churchill’s most controversial decisions during the Second World War concerned the United Kingdom’s role in Yugoslavia. In 1943, he switched Special Operations Executive support from the Cetniks, loyal to Yugoslavia’s exiled royal government, to Tito and his Communist Partisan guerrillas. That choice led to a Communist regime in Yugoslavia that lasted until Tito’s death in 1980, and resulted in the horrific ethnic violence of the Balkan wars in the 1990s. Until now, the story has been that SOE was infiltrated by Communists and that Churchill was duped into abandoning the royalists. However, the recently deposited papers of Sir Bill Deakin—Churchill’s former assistant and an SOE operative in Yugoslavia—reveal that the decision was based on solid evidence and made in Britain’s best military interests. Here, Christopher Catherwood, advised by Deakin himself, has written a definitive history of the SOE in Yugoslavia. Catherwood can now demonstrate that one of Churchill’s most significant and consequential decisions of the Second World War was not the terrible mistake that historians have portrayed—but rather an absolute necessity.

Authors: Christopher Catherwood
Categories: History
The true story of Winston Churchill’s fateful decision to side with the Communist Partisans of Yugoslavia in World War II—and seal that nation’s fate. One

Authors: Christopher Catherwood
Categories: Great Britain
"One of Churchill's most controversial decisions during the Second World War was to switch SOE support in Yugoslavia in 1943 from the Cetniks loyal to the exile

Authors: Allister Vale
Categories: Biography & Autobiography
A fascinating and in-depth study of one of the countries leading figures, meticulously researched and cited. Allister Vale and John Scadding have written the de

Authors: Nora Beloff
Categories: History
This book is written in the belief that the time has come to reassess Titoism: from its Western-sponsored seizure of power and its Western-assisted development

Authors: Peter Batty
Categories: Biography & Autobiography
Grasping the opportunity of the new information recently come to light, some of which he contributed, the author reveals how Britain’s staunchly anti-communis

Authors: Herbert Feis
Categories: History
This is the story of the great coalition formed by the United States, Great Britain, and Soviet Russia to combat the Axis in World War II. Mr. Feis traces the i