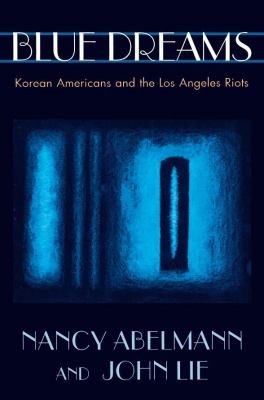 No one will soon forget the image, blazed across the airwaves, of armed Korean Americans taking to the rooftops as their businesses went up in flames during the Los Angeles riots. Why Korean Americans? What stoked the wrath the riots unleashed against them? Blue Dreams is the first book to make sense of these questions, to show how Korean Americans, variously depicted as immigrant seekers after the American dream or as racist merchants exploiting African Americans, emerged at the crossroads of conflicting social reflections in the aftermath of the 1992 riots. The situation of Los Angeles's Korean Americans touches on some of the most vexing issues facing American society today: ethnic conflict, urban poverty, immigration, multiculturalism, and ideological polarization. Combining interviews and deft socio-historical analysis, Blue Dreams gives these problems a human face and at the same time clarifies the historical, political, and economic factors that render them so complex. In the lives and voices of Korean Americans, the authors locate a profound challenge to cherished assumptions about the United States and its minorities. Why did Koreans come to the United States? Why did they set up shop in poor inner-city neighborhoods? Are they in conflict with African Americans? These are among the many difficult questions the authors answer as they probe the transnational roots and diversity of Los Angeles's Korean Americans. Their work finally shows us in sharp relief and moving detail a community that, despite the blinding media focus brought to bear during the riots, has nonetheless remained largely silent and effectively invisible. An important corrective to the formulaic accounts that have pitted Korean Americans against African Americans, Blue Dreams places the Korean American story squarely at the center of national debates over race, class, culture, and community. Table of Contents: Preface The Los Angeles Riots, the Korean American Story Reckoning via the Riots Diaspora Formation: Modernity and Mobility Mapping the Korean Diaspora in Los Angeles Korean American Entrepreneurship American Ideologies on Trial Conclusion Notes References Index Reviews of this book: Blue Dreams--a poetic allusion to the clear blue sky that Koreans see as a symbol of freedom--is a welcome exploration by outsiders into the vexing and largely invisible Korean-American predicament in Los Angeles and the nation. [Abelmann and Lie 's] colorful interview subjects offer sharp observations. --K.W. Lee, Los Angeles Times Reviews of this book: An informed and thoughtful examination of Korean immigration to the United States since 1970...[Abelmann and Lie] show that even in a period as short as twenty-five years, there have been successive waves of differently motivated, differently resourced Korean immigrants, and their experiences and reactions have differed accordingly. --Michael Tonry, Times Literary Supplement Reviews of this book: [The authors'] transnational perspective is particularly effective for explicating Korean immigrants' behaviors, activities, and feelings...Interesting and readable. --Pyong Gap Min, American Journal of Sociology Reviews of this book: Beginning with a poetic book title, the authors recount in depth as to how the 'Blue Dreams' of the Korean-American merchants in East Los Angeles had shattered in the midst of [the] 1992 riot that turned out to be 'elusive dreams' in America...The book not only portrays the L.A. riot surrounding the Korean merchants, but also characterizes diaspora of the Koreans in America. The authors have also examined with scholarly insights the more complex socioeconomic and political underplay the Koreans encountered in their 'Promised New Land'. --Eugene C. Kim, International Migration Review

Authors: Nancy ABELMANN
Categories: Social Science
No one will soon forget the image, blazed across the airwaves, of armed Korean Americans taking to the rooftops as their businesses went up in flames during the

Authors: Veronica Towers
Categories: Fiction
Emily Blakely comes to town hopeful for love and romance after many years as a helpmate to her large extended family. She has not felt like she belonged anywher

Authors: Sherifa Zuhur
Categories: Performing Arts
This original and multidimensional book brings a refreshing new approach to the study of the arts of the Middle East. By dealing in one volume with dance, music

Authors: Jeffrey Berman
Categories: Literary Criticism
Many of the well-respected scholarly studies of autobiographical writing have little or nothing to say about mental illness. This book uncovers the mysterious r

I Had the Strangest Dream...

Authors: Kelly Sullivan Walden
Categories: Body, Mind & Spirit
In the mega-selling tradition of The Dreamer’s Dictionary comes a comprehensive, contemporary guide to understanding dreams and the unconscious mind. With ove